On November 14th & 15th, the Civil Engineering class of 2023 had the great opportunity to compete in ‘Design Days’. Groups of 5 were challenged with planning and designing a road to cross a river, followed by the design and construction of a bridge deck to be tested for strength.

Our road crossed the river where it was narrow, so our bridge had a shorter span. This contributed to its strength. Our group opted for a design reminiscent of the web and flange structure of I-beams. Three vertical webs of roughly four-inch thickness and one foot in height connected to large sheets that held the bridge together and provided a surface to traverse. Horizontal webs were placed evenly to prevent the tall vertical beams from buckling, as well as providing vertical support to keep loads from punching through the thin deck. 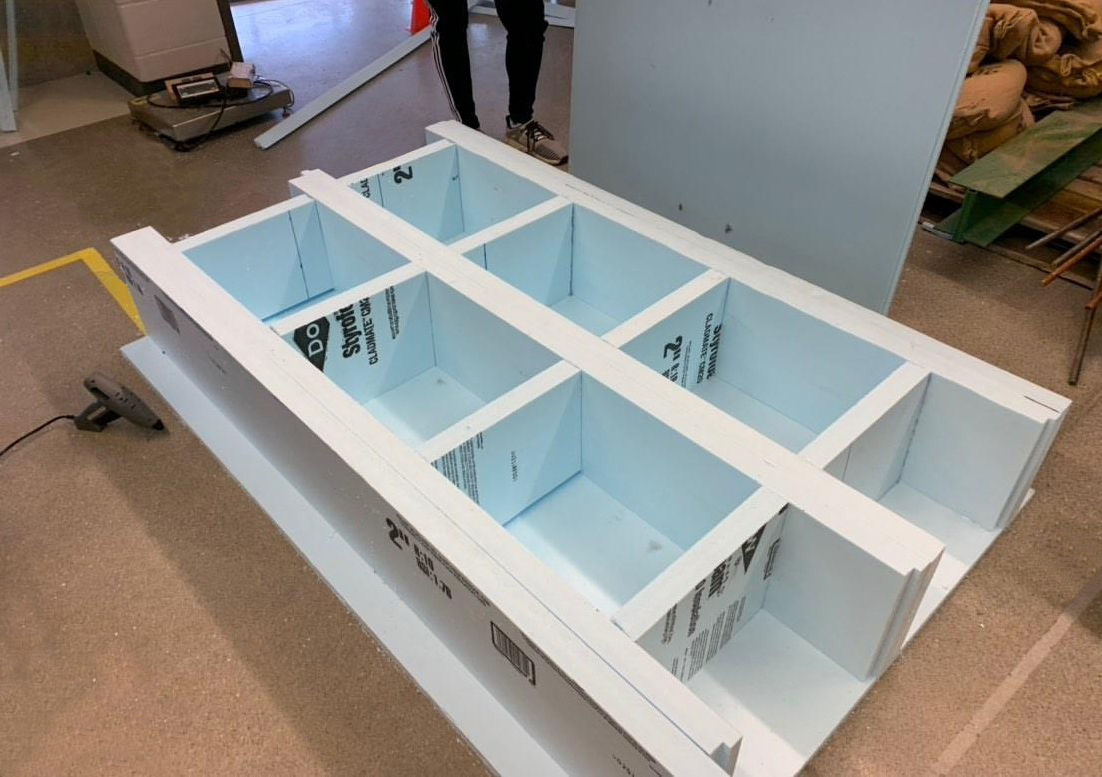 We made predictions about how strong our bridge would be by using statistics about the characteristics of Styrofoam followed by shear and bending stress calculations.

At first, as an initial show of strength was conducted by loading all 5 of our group members onto the bridge. Our weights totaled between 300 and 400 kilograms. The bridge barely deflected under the weight. 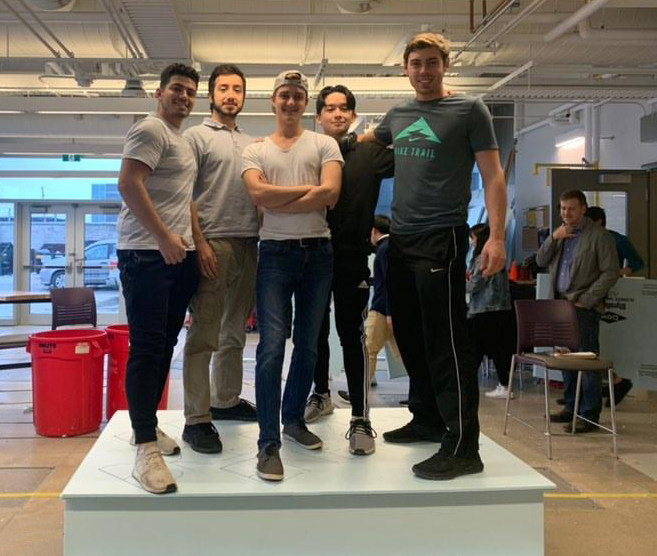 Next, our bridge was taken to the testing station (see the video just below), where a steel beam was lain across the bridge and pulled down by a winch mechanism. Our bridge held up to around 750kg before failing under the location of the applied load seemingly due to bending stress. 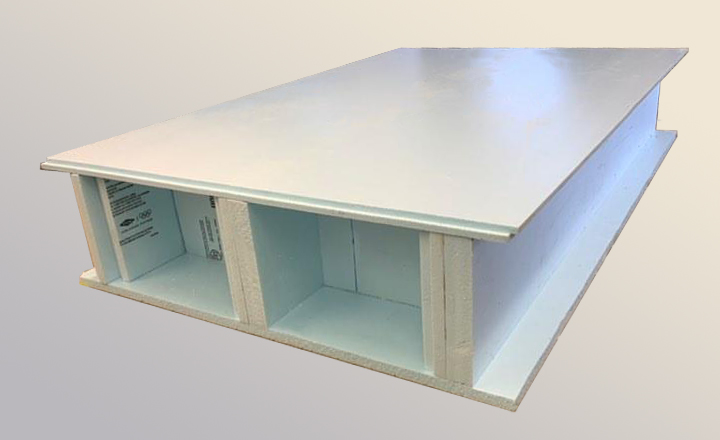